Recently，I had lunch with a young Chinese student who studies at a college in New York.He is very bright and aspiring and I enjoyed our conversation.Still I felt frustrated and useless afterwards because I was not able to provide him with any good news.Graduating at the end of this year，he asked me how he could find a job in this country and fulfill his career dreams.

In recent years，students who found a job here after graduation have had to go through a cruel lottery system to obtain their HIB working visa.And the success rates have been declining year after year because of the ever growing number of applicants.Last year，there were 233,000 applicants, and only 30 percent of them were lucky，less than half of the rate in 2013.

And it can only become worse.US President Donald Trump's immigration policies in this country are tightening up and this trend will continue for at least the next few years.In this case，foreign students studying social sciences，a field in which starting salaries are rarely above the required amount，can kiss their visa hopes goodbye.

Compared to the older generation of Chinese students，today's young people no longer consider the US as the only option.Many start to think China offers better opportunities in the longer term.

This is not to say that Chinese students in the US are not interested in job opportunities here any more.A few years of work experience in the US can give them leverage when they finally land back in their home country.But if the job opportunities are largely reduced by the tightening of immigration policy，I expect there will be a decline.And if that happens，it is the American economy that will suffer from the loss of those educated，hard­working and talented immigrants.

D．he thought the student was useless

2．Which of the following statement is NOT true according to the passage?

A．The lottery system for HIB working visa is too tough.

B．Chinese students have no choice but to return to China.

C．President Trump is tightening up the immigration policies.

D．More and more students are applying for the working visa.

3．What does the word “leverage” in Paragraph 5 probably mean?

4．What is the author's attitude to the tightening of immigration policy?

“Can I hug you？”community nurse Joyce Jebambula asks with a smile as she welcomes me back to her village.“Of course，” I say as I put my arms around her.It's an unbelievable moment.Just at the height of the outbreak more than a year ago，there was an “avoid body contact” rule here.It's now been removed.

One of the most challenging parts of reporting this outbreak over the past 18 months is that I haven't been able to touch anyone in the worst­affected countries.When Ebola (埃博拉病毒) survivors described in tears losing their families，I had to almost sit on my hands to avoid reaching out to comfort them.

The outbreak was declared over in Sierra Leone on November 7.I returned for the celebrations.But despite reaching this long­awaited milestone，all is not well.

Ibrahim Koroma,21，clings to his survivor's certificate outside the home.All 17 of his family are now dead.The certificate is one of his most prized possessions. “He does not pose any risk to the community.” it  reads.

Ibrahim tells me how his landlord has allowed him to stay in one of the rooms of his former family home until the end of the year.He says he doesn't know what he'll do after that.He does some part­time work，relying heavily on help from neighbours.His two little sisters and little brother died in the very room where he now sleeps.He says he often lies awake thinking of them，feeling very bad.

The Ebola outbreak in West Africa was the worst on record.In past outbreaks there had only been a few hundred deaths and a few hundred survivors.It was thought that Ebola could live for only three months.But research has now shown it can linger for at least nine months.Scientists are still trying to find how long it could be infectious.

5．What does the author think of hugging Joyce?

A．couldn't touch them with hands

B．kept comforting them with hands

C．held their hands to show sympathy

D．couldn't help comforting them with hands

解析：细节理解题。根据第一段中的an“avoid body contact”rule及第二段最后一句“...，I had to almost sit on my hands to avoid reaching out to comfort them.”可知当作者采访幸存者时，他不能用手去触摸他们，故答案为A项。

7．Ibrahim Koroma values his certificate because it         .

B．shows he is a healthy person

C．has been the only one for him so far

D．is a great honor to have it in his village

A．Ebola can only survive a few days

D．there were once 17 people in Ibrahim's family

It impressed me a lot.I never thought that little help will   1   out to be the most satisfying thing I have ever done.He was tired，and  2  to climb further.With a broad   3  ，he asked if I could help him with some money.He was paralyzed(瘫痪) in both legs and was   4  funds for some operation.He said that if operated successfully，he could   5   training guaranteeing him a job.I was full of   6  and even asked him to show his legs.I gave him the   7  money.After a few days，he again came at my doorstep asking for more money for accommodation.This time I was more or less   8  he is not cheating me.I gave him some and said this is all I have.

A year went by and I had moved to a(n)   9  place.One fine day I got a call from an unknown number.The caller called out his name but I didn't   10  him.Then he said he is the very paralyzed person I helped a year ago.

I don't   15  remember if I gave him my phone number.  16  ，what he said next was touching.He said he wanted to return my money so that I didn't feel cheated and continued to help people   17  in the future.I don't know whether he read my facial expression the day I helped him but tears were   18   down my face.That day I promised him I will continue to help people as I see a(n)  19  —small or big.  20  that changed my life.

解析：根据下句“I gave him some and said this is all I have.”可知，我相信(convinced)他没有行骗。

Mistakes are unavoidable in life.But attitudes towards it may make a difference.

I still remember how my spoken English was improved.In a beginning，I always kept silent in our oral class to avoid make mistakes.Before long my teacher got to know about my situation.He encouraged me to speak out that I thought.Whenever I made mistakes and felt discouraging，my teacher and my classmates would help me figure out how I must have avoided them.I also joined in an English club to get more chances to speak.Practice made perfect.Now I can talk fluent in English.

Just as the saying goes，“Every bean has its black.” Don't afraid of making mistakes.Learn from mistakes，and success is just waiting for us.

Mistakes are unavoidable in life.But attitudes towards  may make a difference.

I still remember how my spoken English was improved.In  beginning，I always kept silent in our oral class to avoid  mistakes.Before long my teacher got to know about my situation.He encouraged me to speak out  I thought.Whenever I made mistakes and felt ， my teacher and my classmates would help me figure out how I  have avoided them.I also joined an English club to get more chances to speak.Practice  perfect.Now I can talk  in English.

Just as the saying goes，“Every bean has its black.”Don't    afraid of making mistakes.Learn from mistakes，and success is just waiting for us. 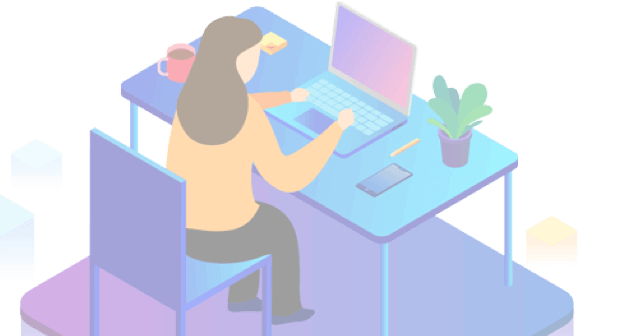 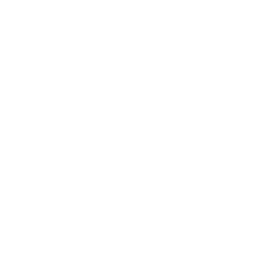