We live in a world where there are nearly 6,000 different languages, so it is very easy for you to get  1  when you are translating. In general, the  2  away from home you get, the stranger the languages around you become. But, have you ever noticed anything  3  among different languages?

Language studies have shown that the  4  for “mama” and “papa” around the world are surprisingly like each other. It was once believed that different languages shared something in common  5  several languages started to develop from one language. That was the origin(起源) of many languages spoken around Europe.

6 , this cannot explain why there are similarities too outside Europe, such as “nanay” and “tatay” in the Philippines which also  7  in some places in Guangdong, China. So what could  8  this similarity around the world?

Russian-American linguist(语言学家) Roman Jakobson shares  9  he has found out. Maybe he is  10 .

“I'm going to bed earlier tomorrow!” But no matter how we decide, there are still many chances that we break our promises.

This behavior is called “bedtime procrastination” (睡眠拖延症), and results from being short of self-control and our body clock.

Bedtime procrastination is a common problem. According to a study, among 2, 400 people, 53 percent of them couldn't follow their sleeping time they had planned, delaying(推迟) it at least twice a week. They delayed bedtime not because they liked to stay up late, but they couldn't stop doing some other things.

Accordingly, people who usually have trouble resisting temptations(抵制诱惑) and adhering to their intentions(坚持己见) are more likely to delay going to bed.

However, scientists think being short of self-control is not the only problem. Our body clock also plays an important role when it comes to bedtime.

In order to check the influence of the body clock on sleep, scientists studied the sleep patterns (模式) of 108 people. It was found that those who got up late are more likely to delay their bedtime than those who woke up early every morning.

And more surprisingly, night owls(夜猫子) would go to bed late at the very beginning of the weekday, even though they had to get up early for work and school. It's their special body clock that plays a part in delaying their bedtime.

People always think that bedtime procrastination isn't a big problem, but the choices we make that affect (影响) our sleep could finally be pretty important for our health.

2.Bedtime procrastination is a common problem because     . (  )

A.people liked to stay up late

B.people have trouble going to bed

4.According to the passage, which of the following is NOT true? (  )

A.People who got up late are more likely to delay their bedtime.

B.People who woke up early may not delay their bedtime.

C.Night owls always got up late.

D.Night owls delayed their bedtime due to their special body clock.

A.is not a big problem

B.has no influence on our body

C.is the choice we make

Many students like to work on the Internet. Of 1.c     it can bring us many good things. We can learn more knowledge 2.o    our books, practice our spoken English with someone 3.e    and look up some useful information.

At the same time, it can bring us some bad things. Some students have 4.m     too many friends, seen some bad information that is no good for us and spent too much time on it. Some students even waste a lot of time playing 5.g    on the Internet. We should know what we can do and what we cannot do.

There are many differences between the Chinese and American school systems.

Firstly, the subjects that students learn in Chinese schools are the same across China. Almost all classes in the county—whether they are in maths, science or English—will use similar books and materials(教材). The education goals for the country are set by the government. Students don't have many choices of subjects they can take. However, in the USA, the 50 states all have a bit different school systems. Students take basic classes such as maths, science and English, but they may also choose classes like computer science, music, art and business.

Secondly, the exam system is part of Chinese tradition. For hundreds of years, the Chinese have used exams to decide which people were the best to work in the government. Today, the exam system is used to decide which university students should attend and what they will study. In the USA, classes set tests, but students from different schools don't take the same test. Students apply to(申请) the universities they want to go to. They have to send their grades and write a letter about what they choose to study.

Thirdly, class sizes are different. Teachers in China teach two classes a day, and they may have 50 to 60 students in class. American teachers usually teach five or six classes a day because the classes are much smaller in each.

Finally, Chinese students stay within the same group while they are at a school. In the Chinese system, this group of students will learn their subjects together. Often, they will not switch(转换) classrooms. Instead, teachers will come to their classroom. In America, students are not grouped. Students can't take a class together but then they will go to different classrooms. They can have up to eight classes a day.

6.Do students in Chinese schools learn the same subjects?

7.Who sets the Chinese education goals?

8.How do American students apply to the universities they want to go to?

9.Why do American teachers usually teach more classes than Chinese teachers a day?

10.How many differences between Chinese and American schools are mentioned in the passage?

1.A 细节理解题。根据短文第二段中的“… results from being short of self-control and our body clock.”可知,睡眠拖延症是因为缺少自控能力。故选A。

2.C 细节理解题。根据短文第三段中的“According to a study, among 2, 400 people, 53 percent of them couldn't follow their sleeping time they had planned …”可知,超过53%的人不按时睡觉,因此睡眠拖延症是个普遍现象。故选C。

3.D 细节理解题。根据短文第六段中的“In order to check the influence of the body clock … 108 people.”可知有108人被测试。故选D。

4.C 推理判断题。根据短文倒数第二段“… they had to get up early for work and school.”可知,夜猫子总是起床晚的描述是错误的。故选C。

8.They have to send their grades and write a letter about what they choose to study.

9.Because the classes are much smaller in each. 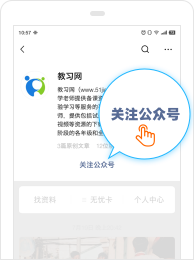